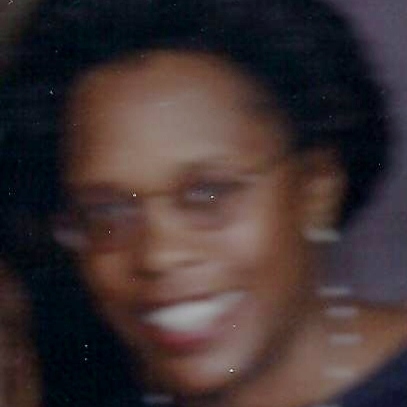 Angela Khristin Brown has not received any gifts yet

I am a writer. I have published poetry, songs, scripts, short stories, novels, bibliographies, essays, articles, memoirs and children's literature. My writing has been published in literary journals, newspapers, magazines, books, anthologies, online web pages and chap books. As a noted author my work is known as an author worldwide. I have won writing competitions, medals, awards, and have been inducted into who's who. I have been awarded the Who's Who in poetry, Who's who Poetry Hall of Fame, Ambassador of poetry, poet laureate, noble poet laureate, and poet fellow and poet scholar. I was given interviews for my poetry from knar radio, watermark press and blog spot radio. My books have won national book awards, Grammy awards, Emmy awards, script awards and I was inducted into Who's Who in American Literature amongst writers like Maya Angelou and Emily Dickenson. I am a journal editor for a literary journal. My work has been cited by Wikipedia and Britannica Encyclopedia. My books are sold worldwide and are in library data bases. My articles have won the Pulitzer award for journalism. My poems have been published by the Pulitzer Remix journal and were posted on their web page. Sentinel Voice Newspaper, Los Angelo’s Times, New York Times, world anthology, Black Fox literary magazine, the Journal Network, IJALIL, Affilia journal, Superstition magazine, National Press Club, Helium freelance writers web page are amongst a few places my work was published. I am a member of the Chicago Writers Association, slam poets association, the writer’s guild. I am also an activist, abstract black oil painter, background in dance and sports as well. My book has made the best sellers list. I currently work at the college of southern Nevada as a lab assistant.  I have earned 2 associate degrees, two bachelor degrees and one honorary doctorate degree.  I went to creative writing classes at CSN, Des Moines Community College, Writer’s Digest University, The library of poetry, Long Ridge Writing school, Cornell University, New York University, University of San Jose, Standford university, Harvard university, Yale university, Kaplan university, Oxford England University, Universal Classes, Anthem Poetry Classes, The Poetry school at Cambridge University, Saylor school, United Artist Online and UNLV. I wrote music classical music with KNPR, Kyle Cook, God is good to Me, N2U, and the Grammy’s. I play the piano, saxophone, guitar and flute in school. I won awards in script writing with Sky fest, One on One, Fade on Line. I wrote plays for without a box, university dance writing and UNLV there I have written musicals on file. I am an applicant for the Pulitzer book award. I was on the best seller book award list. I was an applicant for the NAACP image awards for poetry book. I have written songs and poems in Spanish. I was an applicant to study poetry abroad in the Islands, Canada and Turkey. I studied poetry abroad in England. My paintings have been on display at national museums, libraries, colleges and universities. I have won first and third place and honorable mentions for my black oil abstract paintings. I presented a poem with my painting while on display. Angela belongs to the Poetic Critic Circle and the Chicago Review. She participates in the UNLV Black Student Body and UNLV Black Graduate  Association. Angela has a documentary of her fiction life story to be televised in 2013. Angela was inducted into Who’s Who in American Writers and inducted into Convington Who’s Who.

Life is a delusion of failed, failed ideas ideals that conjure thoughts, thoughts which invoke a dialog of conceptions of what you perceive in life – life is a loss of thoughts, of what you meant to say; but could not figure what you mean – life is an imaginary image you present to others that is not you, an image of life is a menagerie of fate in what others feel about you – feeling life is you trying to avoid the obvious; because, you do not want to face the truth – life is…