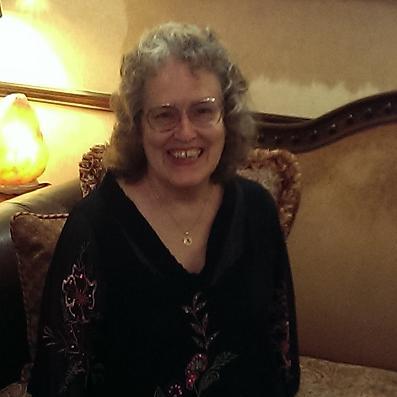 Maryann Miller has not received any gifts yet

Maryann Miller is an award-winning author of books, screenplays and stage plays. The critically-acclaimed Seasons Mystery Series, that includes Open Season and Stalking Season, features two women homicide detectives in Dallas and has been described as "Lethal Weapon" with female leads. The books have received rave reviews from Publisher's Weekly and Library Journal.

Doubletake, another police procedural mystery set near Dallas. Boxes for Beds is an historical mystery set in Arkansas in the 60s when the mob ruled Hot Springs. Other books are: One Small Victory, a suspense novel; a young adult novel, Friends Forever; The Wisdom of Ages, a short story collection; Play it Again, Sam, a romance novel, and Images of America Winnsboro, a pictorial history written with Bill Jones, the official Winnsboro Historian.

For fifteen years Miller was the Theatre Director at the Winnsboro Center for the Arts, where she especially liked working with young performers during the annual Youth Drama Camp. When not directing, Miller likes to be onstage and has appeared in numerous productions. She was thrilled to play Martha Brewster in "Arsenic and Old Lace", Mildred in "Squabbles", and Mama Wheelis in "Daddy's Dyin' Whose Got the Will". Her most recent role was Big Mama in "Cat on a Hot Tin Roof." No, she did not appear on stage in her slip. That was Maggie.

When not working or playing on stage, Miller enjoys reading, puttering in the garden, quilting and working puzzles of all kinds. She lives in a small city in Texas with one dog and four cats. The cats rule.