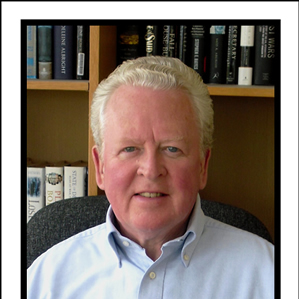 William George Simpson has not received any gifts yet

William (Bill) Simpson served in the Royal Air Force for 25 years and was decorated twice by Her Majesty Queen Elizabeth II at investitures held at Buckingham Palace.

He was awarded an MBE in the 1979 Queen's Birthday Honours after a 2 year operational tour in Northern Ireland where he was responsible for all air transport operations. Bill was then appointed to command RAF Stations Hendon and Stanbridge in 1986 and was again invested by HM Queen Elizabeth at Buckingham Palace with an OBE.

After embarking on a career in commerce working in India, Russia and the United States, Bill received the Honorary Freedom of the City of London in 1994.

Bill's first book was a biography (published by HarperCollins) in 2006. 'The Prince: The Secret Story of the World's Most Intriguing Royal, Prince Bandar bin Sultan,' had forewords by Nelson Mandela and Margaret Thatcher, and while writing the book, Bill interviewed many contemporary political figures including Presidents George H W Bush, Jimmy Carter, Bill Clinton and Nelson Mandela, as well as Secretaries of State Henry Kissinger, James Baker and Colin Powell.

The Washington Times wrote of it: 'highly recommended...the best street-smart assessment of the art of diplomacy...since Henry Kissinger's famous work on the same subject.'

With a keen interest in military history, something he shares with cruise line passengers as a guest speaker, Bill now writes historical novels, the first of which was Sabre of Honour. Its sequel, Code of Honour, will be released within a few months.

‘Only fire blank case to begin…