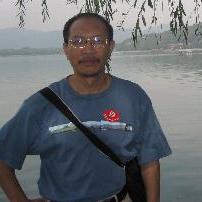 changming yuan has not received any gifts yet

Changming Yuan [pen name of Yuan Wumin], 8-time Pushcart nominee, grew up in a remote village in mid-south China, began to learn the English alphabet at the age of 19 in Shanghai, and published several monographs before moving to Canada as an international student. While pursuing his graduate studies in University of Saskatchewan, he helped establish the Saskatchewan Chinese Monthly, and served as its chief editor until 1992. Since he obtained his PhD in English, he has been tutoring in Vancouver. Changming started to write poetry in English in early August 2004 during his first family sightseeing tour to Banff; since mid-2005, he has had poetry appearing in more than 800 literary journals/anthologies across 29 countries, which include Asia Literary Review, Best Canadian Poetry (2009, 2012), BestNewPoemsOnline, In Other Words, Istanbul Review, Kwani?, LiNQ, London Magazine, Paris/Atlantic, Poetry Kanto, Poetry Salzburg Review, SAND, Saraba Magazine, Taj Mahal Review, Threepenny Review, Two Thirds North and Voice Israel Poetry Anthology. On the Remembrance Day of 2012, Yuan co-founded with his teenager poet son Allen Qing Yuan Poetry Pacific at http://poetrypacific.blogspot.ca/, a quarterly e.journal based in Vancouver; exactly one year later, he established Poetry Pacific Press (PP Press) at http://poetrypacificpress.blogspot.ca/. Changming keeps a blogsite with Allen at http://yuanspoetry.blogspot.ca.

2. Politics and Poetics: A Comparative Study of John Keats and Li He [Paperback; Monograph]. Berlin: LAP, 2009.