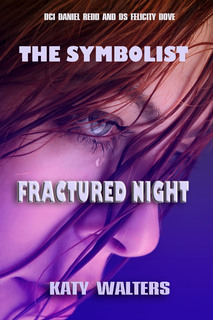 For in that sleep of death what dreams

When we have shuffled off this mortal coil.

Hearing a ferocious buzzing, two boys squinted through the trees.  The taller one, muttered, ‘see that?’ Warily, he walked towards the mass of flies, his friend clutching his arm. Mesmerized, they stared at two naked bodies, at the jagged flesh ripped from chest to pubis. Entrails glittered in the sun, the colours bright scarlet and purple, marbled with yellow strings.  The organs seemed to move through the frantic thrumming of tiny wings. Backing away, the boys turned to run, only to trip over piles of white sticks.  Frenzied, they picked themselves up, fleeing through a silent forest of yew trees. Death followed, snickering at their heels.

Using a serrated knife, Jennet cut deftly through tender meat.  Daniel Redd’s mouth tightened, as bright blood seeped onto the white porcelain plate, mingling with green florets of broccoli.  He tried to banish the images flooding his mind. He still couldn’t stand the sight of meat cooked rare; in fact, the only meat he could tolerate was a well-scorched beef burger.

Putting down her fork, Jennet looked at the grooves around his mouth, the grey shadows under the eyes. ‘You look as if you haven’t slept. D’you think you’ve gone back too soon?’

‘Not you’re not; I’m your sister, goddammit.’

Brushing his fingers through dark hair, he said, ‘I have to work Jen, I’ll go crazy if I don't.  I can’t mope about anymore.’  Feeling the cell phone vibrate in his back pocket, he took it out to see the station number. ‘Hello? … Yes. DCI Redd speaking.’

His face tightened, as he listened to the gravel tones of the desk sergeant.  ‘I see.... Okay … So it’s Kingley Vale?’ He frowned; it was Sunday; his secretary wouldn’t be there.  ‘Could you put me through to the officer in charge please?’

Laying down her fork, Jennet whispered, ‘is it —’

Shaking his head, Redd talked into the phone, ‘hi … homicide – Kingley Vale … okay.  Get hold of DS Dove.  Tell her to preserve the site. Contact the Divisional Surgeon to confirm the death and the pathologist – Dr Mahoney. If he argues, tell him the case is complicated. I’ll meet them there – it’ll take me about an hour.’

Gazing at the packed car park, Redd saw officers squeezing between groups of people, taking down car numbers and registration details.  They also needed to record tyre markings. This would take time; he could see tempers rising.

The narrow dirt track leading to a crime scene heaved with picnickers, walkers, and any number of dogs. Sweating in the heat, more officers scribbled down addresses and details of each person, as voices rose above the general hum.

‘No, I ain’t giving you my private details. I had nothing to do with this.’

‘We were just walking out here.’

Trying not to snag his jacket on the barbed wire fencing, Redd inched by heaving bodies, a tight smile on his face. Passing the open door of a mobile crime unit, he saw an officer already at work, scrolling through an evidence analysis computer. He looked over to Redd, grimacing. ‘It’s going to be a long day sir.’

‘I see SOCO are hard at it.’ White suited forensic officers photographed the crime area, while others examined tree trunks and overhanging branches for prints and fibres. Yet more, knelt, brushing patches of grass, or picking among the rich peat of the paths and groves of yew trees.

Leaving the unit, Redd nodded to a group of detectives waiting for him at the perimeter tape, their beaded eyes and taut muscles told him of the horror.  As he waved his warrant card at the security officer, he saw Chief Superintendent Nigel Titmouse peering at the tent, while DS Felicity Dove, Redd’s new partner stood by, both in protection gear. What the hell was the man doing here? Bastard pushed his way in as usual. ‘Got here as soon as I could sir. I was the other side of Brighton when I received the news. I also had a call on the way, from the Deputy Chief Constable.’

The Chief’s eyes flitted to Redd’s sandaled feet, a sneer pulling at thin lips, his eyes taking in the jeans and leather jacket. ‘Prepare yourself – it’s sickened even the die-hards.’

DS Dove pulled at the white paper hood covering her corn corkscrew curls. ‘A couple of PCs threw up – not been on the job long. I’ve had the bodies covered – trying to keep the flies off.’

Titmouse growled, ‘bloody mess is steaming in the heat – already stinking.  SOCO took pics of the remains, done the vids and measurements.’

Irritated with the callous way Titmouse referred to the bodies, Redd turned to Dove. ‘You’ve designated an official note taker?’

‘Yes boss, I thought PC Matthews would do fine.  I’ve given him a detailed list of instructions – who’s picked up what, when, and where it’s taken. SOCO’s scratching their initials on all the evidence.’

Hurrying by his side, Dove whispered, ‘you going to be okay?’

Walking to the fresh faced constable handing out protective clothing, Redd yanked on the Tyvek coverall, zipping it up to his neck.  Pulling the hood over his head, he tried not to tense up. Dove followed, keeping close. ‘It’s bloody awful boss.’

Two victims lay side by side. He bent and gently pulled off the plastic covers to reveal their tattooed bodies, opened from sternum to pubis, the vicious cuts formed a cross; entrails spilled over the ragged edges of flesh. With flies buzzing around his head, he tried to fight the bile stinging his throat. His eyes hovered over the pile of bones laid out beside the remains; they looked bleached.

He waved his hand through the flies to see a scroll of rough old parchment affixed to the male chest by a dagger, the message of stick-like markings, indecipherable.  Feeling the dizziness sweep over him, his fingers closed on the pills. Flipping them into his mouth, he pushed them under his tongue. They worked quicker that way.  Stepping outside the tent, Redd steeled himself to look composed; Titmouse just needed one sign of weakness, and he’d take over.

Pulling down the ridiculous hood, he looked over to see the CS smirking, his voice acid, as he said, ‘that’s one sick fuck.’

Dove turned to Redd, her freckles standing out against the pallor of her face.  ‘What d’you think boss?’