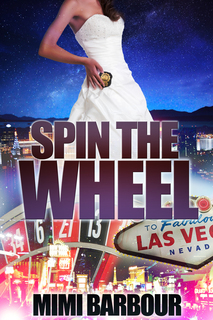 I know authors are supposed to use them sparingly. Today, we’re urged to find strong nouns rather than depending on supporting a weaker noun with an adjunct. Unfortunately, sometimes the search through the dictionary or the thesaurus just doesn’t come up with the exact meaning I want to impart.

Most times, when I know there’s an adjective that works well and will create the exact emotion I’m trying to communicate, I give in and use the darn thing.

For instance in “Spin the Wheel”, the book I just finished and will release at the end of this month, I described a wedding gown. It’s true, those two words are probably sufficient to give the reader the idea of what type of clothing my heroine wore. Except I wanted that dress to belong to her, be true to her personality and therefore I had to add words like strapless and white satin and lace.

I know there are times when one word is sufficient to tell the story. Words like: fragility, knickknacks, stupor, slumlord, and on and on. I also knew my vocabulary wasn’t huge, so when I first began to write seriously, every book I read for months I highlighted all the strong nouns. Then I listed them on an excel spreadsheet. My best learning style for acquiring and processing information is by writing things down and so I instigated this procedure and stuck with it for months until I had gathered multiple pages with multiple columns of wonderful nouns to choose from.

Surprising how often that file comes in handy when I know there’s a word I want to use… the perfect word, and I just can’t think of it. Skimming these lists has saved my sanity time and again. Aha! There are still occasions when I’ve searched and searched but the term just isn’t there.

For instance – muscles. What better noun can you use to describe muscles? The thesaurus says strengths, powers, physiques, brute force.

Say I’m describing my hero’s body and a sentence comes up about his muscles. Fine! The charmer has muscles. Not all that exciting, right? What if I said –The charmer’s bulging muscles... Much better!

Hopefully you get a mind picture of a man whose very strong, likely works out and who’s physically active in some way. And if that was the exact vision I wanted you to have, then rather than saying it in any other way, adding one word to get my point across seems rather logical to me.

On the other hand, I have read some stories that are silly with adjectives. At the worst it’s annoying and at the least it’s unnecessary. Guess we all have to come to grips with what constitutes the term – too many.