Journalism and the Media, Are they losing their credibility? 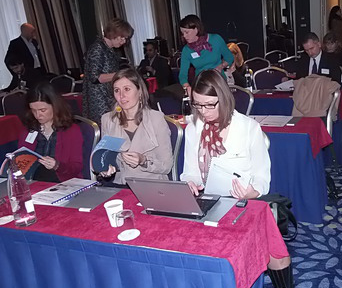 Aspiring to be journalists, worldwide the department of journalism and media studies is providing undergraduate students, the tools and technology to enhance journalism skills, preparing them to become better equipped journalists, professionals, researchers and community members to produce quality service by getting the public informed.

While under training in the field of journalism, a journalist has some rules to adhere to. These rules are the code of ethics. The code is to ensure that members adhere to the highest ethical standards, professiona competence and good behavior in carrying out their duties. Code of ethics governing journalism doesn’t differ, but commonly the same internationally. Every professional journalist is expected to try to convey a fair and reliable account to the general public.

The task of a journalist is to transmit reliable and neutral information, diverse opinions and to enable participation in the public debate. Freedom of speech must be accompanied by responsibility for any material published in the press or through radio, television or the Internet.

The public have the right to unbiased, accurate, balanced and comprehensive information as well as express themselves freely through the media. A journalist should not originate material, which encourages discrimination on the grounds of ethnicity, color, creed, gender or sexual orientation.

Under no circumstances should news or a publication be suppressed unless it borders on national security or is in public interest to do so. Unfortunately the code of ethics has been completely abused by thousands of journalists yesterday and today. Many are no longer interested to read the newspapers. When you asked readers the reason, the answers are always the same, “There is nothing interesting or educative in the newspaper these days.” Writings with the aim of causing confusion, dividing the public and stemming from prejudice to hatred in the society are what is often read.

Like a bad judge, completely forgetting of his sworn oath before office, many journalists have forgotten about the code of ethics which they should dwell on to work efficiently. A journalist can write an article about crime and its effect in the society but when he fails to come to the conclusion with suggestions on how to deal with the problems, makes the whole article meaningless. This kind of writing is with many journalists, only to criticize but have no words on how to create peace or solve problems in the society.

There is much evidence to dwell on that the media today is losing its credibility. Some writings aren’t clear, due to conflicting issues and of certain media practices of serving their interests above everything else, which have raised eyebrows, casting a gloomy shadow on the media or journalistic ethics, based on truthfulness, honesty, fairness, accountability, impartiality and objectivity. There are thousands of journalists but only few in the field are committed and dedicated to fair journalism.

We mustn’t forget about the pollution of the electronic media. Too much violence, violent adverts, sex, pornographic images and immoralities on the television and internet, adversely affecting the behavior of children, have undermined the credibility of the media as well. Journalists should remember the responsibility as media professionals and their role in the society. The foundation supporting the modern news industry is efficiency, transparency, in this way; the credibility of the media mustn’t be squandered by incompetent journalists.

Has any journalist ever sat down to ask himself deeply “Am I sincere in regard to my work?” It’s a fact that many journalists have lost their lives for speaking or publishing the truth, but that shouldn’t prevent a journalist to expose scandals, speak the truth and continue deceiving the public. That guilt of lies and lack of confidence might haunt a journalist for the rest of his life.

“Let the truth deprived you of friends or send you to your untimely grave, if one calls him or herself a committed and dedicated journalist, better than living a life of false pretense.”