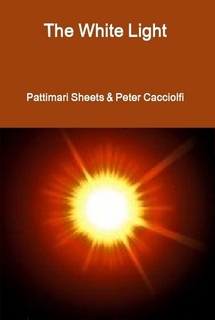 This book is available to purchase on Kindle...

It was twenty years, easily twenty years, from that cold winter December morning when Toni Riccio put her Christmas request into her old antique desk. She had been nineteen at the time, and had just finished reading a hundred year old book called The Wizard. Within the pages it read that if one makes a wish and slips it into a drawer of an old desk; one at least fifty years old, then the written desire would come true. She knew for a fact that her desk was over 100 years old since it was her great grandmother’s.

The author of The Wizard hadn’t given a time period when Toni’s wish would come true, but it plainly said it would in time. She had laughed as she slipped it in the desk, and then marched over to her next door best friend, Tessie Sanderson, whom she had known since the age of five. She giggled as she told her about what she had just done. Tessie was sitting on the floor giving Toni a smirky smile  as she listened about her friend’s written wish, and then wrapped her arms around her new puppy, Teaser, laughing as she whispered in her ear, “Teaser do you believe this crazy friend of mine? She thinks her request is going to come true, and if it does, then my request is going to be right there with her if it does come true.” She twisted around and looked at Toni and said, “What was your request?”

“I’m not telling you Tess if you’re going to make fun of me, but if you really want to know my request then you must write one too so that you can be right there with me when it comes true.”

Tessie rushed over and pulled out a sheet of paper and pen from her pretty white desk, scribbled her request and then threw it at Toni and said, “Okay, if you’re so smart, let’s go put it in your antique desk. We’ll place mine next to yours, and then we’ll see if it comes true or not. Okay? What do you say?”

They both jumped up and hurried next door, and soon after Toni placed Tessie’s request in the desk, and then she told her to touch it. “You must touch it…you know… to make it come true.”
Tessie touched it with her long slender fingers and then drew back her hand and said, “Okay, I did it. Do you think we should wait to see if our wishes come true or should we walk over to the mall and buy our Prom dresses? I mean we have only two weeks before the prom so don’t you think that’s more important than this silly old request?”

Agreeing to go to the mall, off the two went to see what was happening and to take in the sales usually going on at some of their favorite stores.  Following their spree they sat down at their favorite fast-food restaurant and had a frosty. Their conversation centered on the types of people who were shopping, visiting, walking or otherwise doing their own thing and studying the fashions on display on the passersby.  It had always been fun to ‘people watch’ because there was always something new and different going on and they didn’t want to miss a minute of it.  Getting caught up in their events at the Mall and the fun that came from laughing at some of the mad styles, the wishes and the old desk were forgotten. After all it was just a fun gesture, a superstition of sorts - wasn’t it?  It was like finding a four-leaf clover when young and thinking of having good luck, or at the other extreme seeing a ladder in front of you and walking under it bringing bad luck.  There have always been these sorts of beliefs or omens around for centuries and it was practiced by the very religious or gullible people who thought they would come true.  Tarot card readers were thought as having wielded strange mysterious powers, as were palm readers, but making a wish and placing it inside an old desk?  Not a chance!  After all, it was not one of the popular beliefs; as a matter of fact Tessie never heard such foolishness in her entire life.  If not - then why did she go along with the request from Toni?  Probably because they were such good friends and what did it matter anyway?  Why not go along with a simple innocent request - for what harm could possibly come of it?

On the walk home the two parted company, each went to their respective homes and never mentioned the events that took place again. The night came and went as did the next few days, and neither Toni nor Tessie had any contact during that interval of time because of the lives they lived and the jobs they had. They had always managed to come together at some point in time during the weekend and it was rapidly approaching.

On this particular Saturday afternoon Toni decided to sleep over at Tessie’s house.  The two carried on as they had for many years, always enjoying each other’s company, but on this day Toni seemed off her course somewhat.  When she shared her discomfort with Tessie, it was passed off as work-related fatigue; both have had the same feelings from time to time depending on their work-loads during the week, but this feeling seemed different and Toni said so.  She couldn’t explain what was happening because she had no clue, but after talking about it she set it aside and went on with her visit in their usual way. Yet she knew something wasn’t right so Tessie was glad she was staying overnight with Toni.

When Tessie leaped out of bed the next morning realizing it was late, she hollered out to Toni that they’d be late for their appointments, but after getting no response, she stepped over and touched Toni’s arm and it felt cold as ice. She screamed and ran into Toni’s parents’ bedroom and pleaded for them to follow her because she couldn’t wake Toni. The three shook Toni several times until Toni’s father, Sam, simply picked her up and moved her to the other side of the bed and still she didn’t wake. Suddenly, Toni’s mother, Francine, quickly called 911 and within minutes the ambulance arrived and Toni was whisked away.

Upon arriving at the hospital, the attending emergency doctor quickly realized that Toni was in a coma. Although they didn’t know what was wrong they began running tests on her. It seemed she was unconscious for no known reason. While the testing was being done, Tessie was questioned by doctors as to whether they had taken any drugs. Each time Tessie screamed loudly, “No…no…absolutely not!  Neither Toni nor I would take drugs.”

Toni wasn’t responding yet she knew the doctors were working on her because she could see them, and hear them, but couldn’t bring herself to open her eyes or even utter a word.
She kept seeing a brilliant white light in front in her and the light made her feel warmly protected, as well as loved, and she had a overwhelming urge to move toward it, but the loud crying coming from her best friend and mother kept her from going toward it. Holding back the urge she finally struggled so strongly that she was able to open her eyes and when she did she began crying because she had finally made it back. Tessie and Francine screamed out in happiness, immediately both Tessie and Francine reached across the bed and hugged Toni. What happened to Toni was difficult to comprehend for it demanded the complete recovery from whatever led her into this coma-like condition. What was known because of the screams coming from Toni was that there was a white light like nothing which could be found on earth. Toni’s outbursts told the doctors in attendance that she couldn’t see beyond the intensity of the light, and she was afraid. She wriggled all over the bed trying to escape something that appeared to be grabbing on her because she was flailing her arms wildly as if to thwart them away and off of her. As Toni emerged from her stupor she was wet with perspiration and her heart was pounding wildly to the point where she had to receive an injection to slow down her pulse. She quieted down, looked around and saw faces familiar to her, but still she clung to her bedding as if she was still in fear of being dragged away to some place she obviously feared, but that story would be coming soon, as Toni relaxed her death grip on the sheets, straightened out her body, slowed down her breathing so as to produce a normalcy, exhaled as if completing a marathon, and allowed her head to sink deeply into the pillow provided for her on the hospital bed. Following another deep inhale and exhale Toni spoke out with an obvious inquiry, “Where am I Tessie, Mom, what just happened?”

“That’s exactly what we would like to find out Toni,” brought the response from Tessie preceding a deep sigh of relief. “You had us scared half to death. We thought you had left us for a minute and we were all pulling for you to return where you belonged”

“Toni, my dear daughter, we feared for the worse. We didn’t know how to help. There was nothing we could do but watch you in what appeared to be agony. We didn’t know where you were or what was happening to you. We were helpless so please don’t do that again. Ever! Please!” pleaded Toni’s mother.
Toni drew in another incredible breath and slowly exhaled, this time followed by a faint smile. This seemed to indicate that she was regaining her composure and might soon be able to break the silence and try to piece together the seemingly horrible events that just took place. Her trials and tribulations being observed by an outsider would have led one to believe that this young lady had just had a bout with the Devil and came out the victor. Perhaps that is exactly what happened; time will tell.