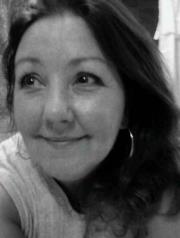 Barbara Watkins has not received any gifts yet

Barbara Watkins resides in Missouri with her husband and loyal boxweiler, Hooch.

In her writings, she loves to evoke a false sense of security and expectations, as she leads her reader into a world of the unknown. Her articles on various subjects, short stories, and poetry, have appeared in The Heartland Writers Guild, 2008 New York Skyline Review, and several on-line publications.

In 2010, Watkins collaborated with New Zealand director, Dimi Nakov, on a screenplay for a short movie entitled, BlindSide in which her name appears in the films end credits for voice-over monologue. BlindSide has been accepted into the Cannes short film corner, as part of the 65th Festival de Cannes, and the 7th Cyprus International Film Festival 2012.

Barbara Watkins is a member of The Thriller Writers Association, and The National Writers Association. Her charitable contributions include supporting the Partner in Hope program through the St. Jude Children’s Research Hospital.