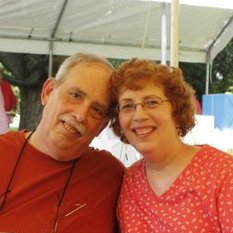 Joseph Morris has not received any gifts yet

Earth is bombarded from space by the Goth Alliance. With the Imperium capital destroyed, the Imperium teeters on the verge of collapse, ending almost seven centuries of relative peace and security. An interstellar dark age looms, and an evil waits patiently to feed on the remnants. The Landsman noble family, led by Duke Michael and his cousin, Baron Mitchell, must rally the Human star systems to hold on to what is left of the Imperium. Before you turn away, because this genre doesn’t interest you, please bear with me for a moment.

Empire’s Passing is the first book in the Imperium Succession Saga chronicling the collapse and rebirth of an interstellar empire while battling an implacable foe that is not . The collapse is being engineered by the High Priestess of Nearyahn, a female Granacian humanoid whose mind has merged with a parasite, giving her mind control powers. Viewing the Imperium collapse as a an unacceptable disaster to one of their Chosen Races, a billion-year-old race intervenes to protect their investment by giving leaders of one small world similar powers to resist the Neary.

Let me ask you a question. Suppose an alien race gave you the ability to influence human thoughts and emotions in order to defend your world against the mind-controlling Neary. . Now suppose you know the Neary are trying to corrupt the rulers of your world by influencing their minds and thoughts. Is it okay for you to read the minds of people who come in contact with those same leaders in order to protect them and discover the Neary infiltrator? Is this really different than what the NSA does when they scan our emails and phone calls? The alternative is potential disaster. At what price should freedom be traded for security? This is something we're asking ourselves today in the debate over the NSA.

Furthermore, could you resist the temptation to use your new abilities to seduce that beautiful woman (or handsome man) sitting across the bar from you? What about resisting the temptation to peek at what a competitor is thinking during an intense business negotiation worth millions? Could you resist influencing his thoughts to obtain a favorable deal? After all, only a little mental push accomplishes this influence. Does this then become a slippery slope? You may soon find using these abilities becomes second nature.

Empire’s Passing is the first book in a series that will trace the war against the Neary and the effect it has on the people conducting the war. Sometimes the cure to a disease can be worse than the disease itself. Check out the first chapter of the book at www.imperiumsuccession.com. Empire’s Passing is available at Amazon, Smashwords, Kobo, CreateSpace, and Apple.

Improving Your Writing as an Indie Writer

One knock against Indie writers points to the many mistakes found in Indie books. I understand an editor can be expensive and be beyond reach of many writers.  I guess I'm lucky because I married mine. But for those of you who don't have that luxury there are things you can do to ameliorate the situation.

First is the most obvious: use MS Word's grammar and spellcheck. Take the time to do it . I know it's a pain, particularly the grammar check. Find what rules work for you. However,…