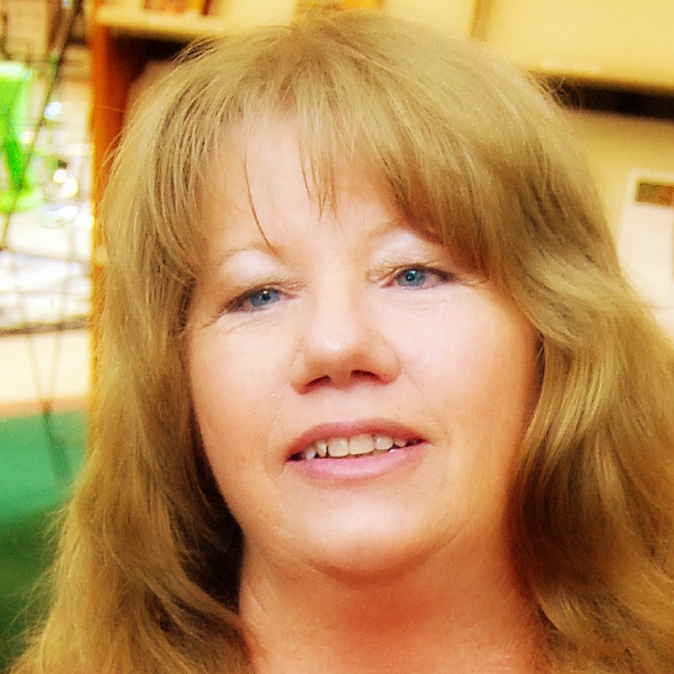 Virginia McKevitt has not received any gifts yet

Author Virginia McKevitt is pleased to announce the release of The Hunted, book two of the Fracture series. Steeped in the rich history of New Orleans, The Hunted is a story of death, survival, revenge, and even love. Two people, worlds apart are on a collision course with destiny. One, an assassin. A man who lives in a world where a king’s word is not questioned, and if it is, well that is what he is for. The other, a young woman whose world is about to come crashing down around her.

When Kristina Conners finds her parents brutally murdered, she vows revenge. Little does she realize she is not the only one looking for the people who killed her parents. A stranger like no one she has ever seen before is also hunting for the killers. The story he tells her is crazy. A fairytale of a world that could not possibly exist, but deep down she somehow knows he is telling the truth. Together, they will embark on a journey that will change both of their lives, forever.

McKevitt’s first book in the series, FRACTURE The Secret Enemy Saga, was released as an e-book and in paperback at Amazon.com, Barnes and Nobles, Smashword’s, and the Apple Bookstore, in early 2012. Book 2, The Hunted was released in the same format in December of 2012, with two more in the series, to be released by the end of 2013. The e-books are available worldwide via Amazon.com and Smashwords, on the Kindle and Nook, and most reading devices.

McKevitt says; “FRACTURE, is a fantasy that is set in two worlds, one similar in ways to medieval times, the other in present day small town America. Fracture not only represents the separation of two worlds but a deeper look into the lives of a man who kills for a living and a young woman who realizes her life has a different path, one that entangles them both in a destiny neither will be able to walk away from.”

Set in the shadows of Pirates Alley, and steps from the famous Saint Louis Cathedral, book two follows Tegrin and Kristina, with her friends, Jimmy and Sissy, as they embark on a journey to New Orleans to hunt, Alexasia, the High Priestess of the Couton Clan, and her sisters. Alexasia’s lust for human memories, combined with the dark magic of Voodoo, makes for a powerful enemy. One that the four companions are determined to destroy at all cost.

Mckevitt says; “The Hunted, is far more complex than just a battle of good over evil, or one enemy over another. Each of these characters, good or bad, is in conflict with their own inner demons, as well as the external forces that cold destroy them all. I quote, ‘what doesn’t kill you makes you stronger.’ We shall see.”

Ind'tale Magazine- Virginia McKevitt writes a great sci-fi mystery thriller! She develops an enticing, believable plot, and uses each character to contribute to the story line that both intrigues and enthralls...leaves readers yearning for more.

Review: Virgina McKevitt's, Fracture: The Secret Enemy Saga, is an interesting twist on the fantasy genre. It is very difficult to take the majority of a story whose setting is in the "real world" and blend in fantasy characters and make it truly believable. Fortunately, McKevitt does this effortlessly. Her characters are deep, complex, and compelling and their relationships evolve at just the right pace... book 2 of The Secret Enemy Saga, Virginia McKevitt, takes the story into its next chapter. The plot is interesting, but similar to the first book, what I enjoyed most was the depth of characterization and backstories of the protagonists as well as their developing relationship.

About Virginia McKevitt
Virginia McKevitt was born in Long Beach, California, but lived most of her life in the suburbs of New Orleans, Louisiana. The daughter of William (Bill) and Mearl Heffker, she graduated from L. W. Higgins High School. She is married to her childhood sweetheart, Jeff McKevitt.

She has been many things in life; a wife, a mother, a salesperson, owned her landscaping business and raised horses, but her love of writing never waivered. Hurricane Katrina, a curse to many, changed her life. The business gone and family scattered, she moved to Alabama, then to the mountains of Georgia.

Life urged her on, so when she found the first chapters of a manuscript she had started while still in New Orleans, she sat down at the computer and never looked back. Her vivid imagination and love for fantasy has culminated into a story she hopes will captivate anyone who loves a good journey. Fracture The Secret Enemy Saga, started so many years ago was the beginning of the road. The Hunted is the continuing journey. Who knows where the road will end.

more information can be found about Virginia McKevitt and her books at: