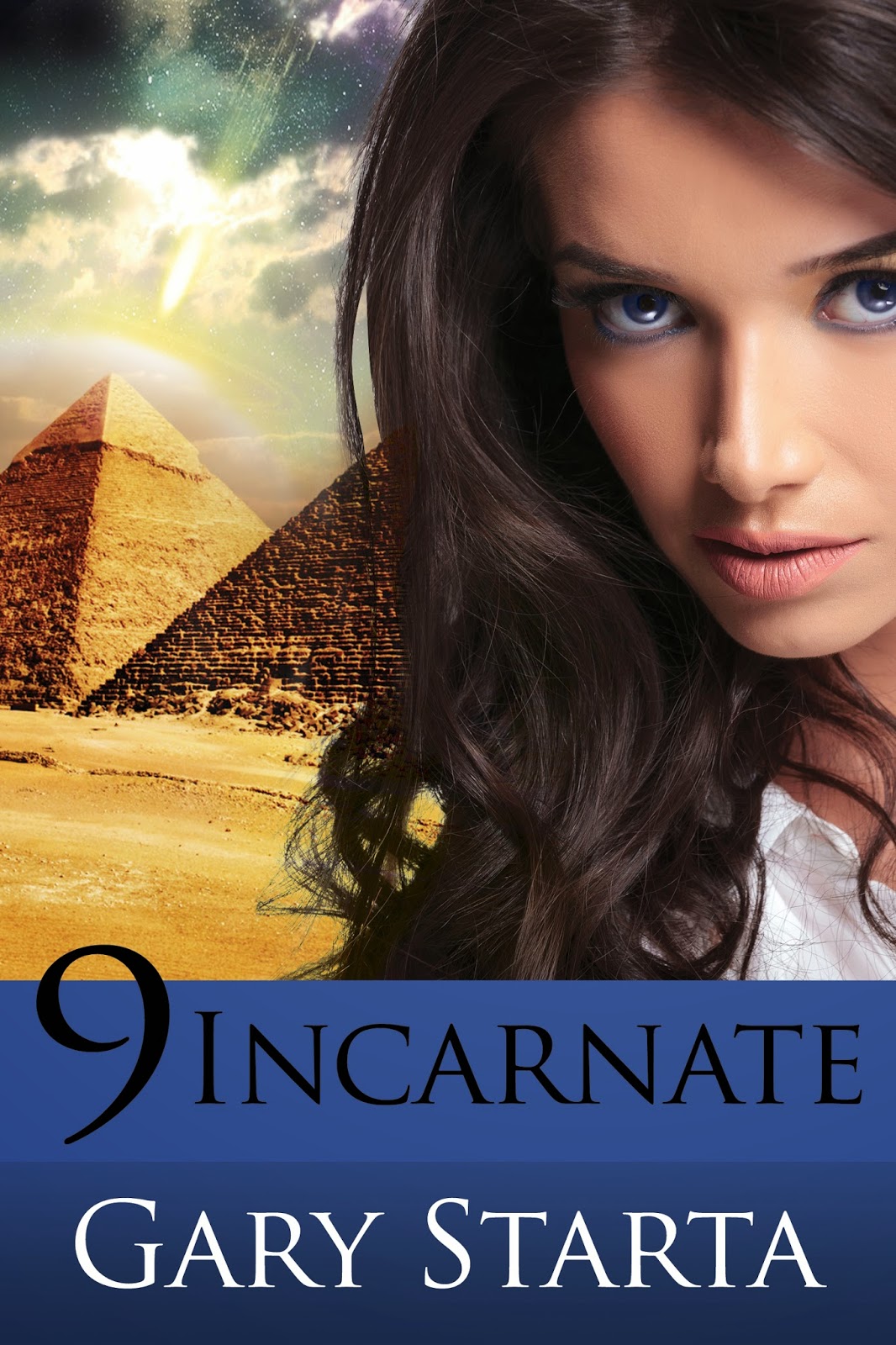 When I began writing Caitlin Diggs's fourth novel, 9 Incarnate, I was fascinated with the idea of gods and aliens. Many who are familiar with Ancient Aliens are aware of the theories which propose aliens were mistaken by primitive cultures to be gods. Could this be the case with ancient Egypt? It would seem some kind of divine intervention or magic was cultivated to bring about one of the wonders of the world, the pyramids.

Could these magestic structures be the work of sole humans without the aid of precision capable tool making to not only cut the blocks perfectly but lift what appears to have been blocks of stone weighing megatons into place?

The answer may be contained in the pages of 9 INCARNATE when Agent Caitlin Diggs explores the mystery of the ancient world via the arrival of the Ennead, a group of gods claiming to be the ancient divine nine of Egypt. Well, except of course for Isis, who appears to have been residing within Caitlin due to a strange incident with a crystal.

The Wiccan FBI Agent Briana McFadden and fringe scientist Claude Brahms often spar in this book, each arguing for magic and science. McFadden believes nature was manipulated by the gods whereas Brahms believes the manipulation is only possible because of physics. In other words, blocks of stone didn't float into place by magical spells but because someone manipulated gravity via vibration.

I hope you'll come along for this crazy ride into Earth's past, present and probable future in 9 INCARNATE. See the first review below.

'Very original story line, I loved it! Caitlin Diggs is a preternatural investigator. She is investigating a murder and hears a voice in her head. She finds that she is one with the Goddess Isis. With the help of her friend Briana they set out to solve the crime and the mystery the Egyptian pyramids hold.

A fun read. I loved the blend of Egyptian Gods/Goddesses with the mortal world. Also the mystery and the originality of the story line. Caitlin was very likable, the situation she was put in, and the way she handled it was fascinating to watch unfold. A well written story I find all will enjoy.'