From my WordPress blog https://michellespaul.wordpress.com/2013/06/21/fair-trade-kenyan-gr...

“Always intrigued about fair trade green beans from Kenya. The fact that they are flown in from Kenya scores negative points for environmental impact. But they are fair trade, so doesn’t that mean I should support them, and encourage more fair trade in supermarkets, but what if land is given over for fair trade cash crops that should be used for more sustainable farming….So fair trade Kenyan green beans, are they a net good thing or not?”

Not just yummy, Green Beans are one of your five a day
Photo used with permission by Samuel Cheney (Via morgueFile)

The straight forward answer is – it is a personal choice, depending on what is important to you; so consider these four factors and work out the net ‘goodness’ from your own perspective.

Go straight to the summary

Or to have your question answered go to ‘What should I write about‘.

Yes, flying beans from Kenya creates a lot of Carbon and if carbon impact was as simple as food miles then Carbon would be a clear negative for imported green beans.  But, the food miles debate is one-sided and distorts our understanding of Carbon impact, it is now largely discounted (did you know it was initially promoted in the UK through a campaign by the Farmer’s Weekly magazine?).  It is not enough to consider how far food has travelled because food production in the UK, indeed all Western nations, is Carbon intensive.

The Carbon arguments for food imports from developing nations

In the West we use hydrocarbon based fertilisers vs In Africa most farmers use the free fertiliser produced by cows (both produce Nitrous Oxide which is about 300 more powerful than CO2 as a greenhouse gas, but the cows were doing that anyway)

The Carbon arguments against food imports from developing nations

Airfreight is sometimes in the ‘belly’ of passenger planes, thus reducing the cost of, and encouraging more, flights

Can we be more scientific about this?

To be scientific we need to compare the Carbon produced by both the UK and Kenyan supply chains, but this is difficult for two reasons, so even though I provide a number here, you might choose to take it with a pinch of salt.

In 2011 PIP, a European forum, issued a report about Food Miles, Carbon and African Horticulture, this report shows that 59 MJ more energy is used to produce Kenyan Green Beans than UK Green Beans.  This is equal to 12 Kg of Carbon per Kg of Kenyan Green Beans.  As mentioned earlier, you might disagree with some of the assumptions made and want to take other factors into consideration.

It is worth noting that for other food stuffs the Carbon arguments are different, for example apples in cold storage in the UK create more Carbon emissions than apples flown from New Zealand. 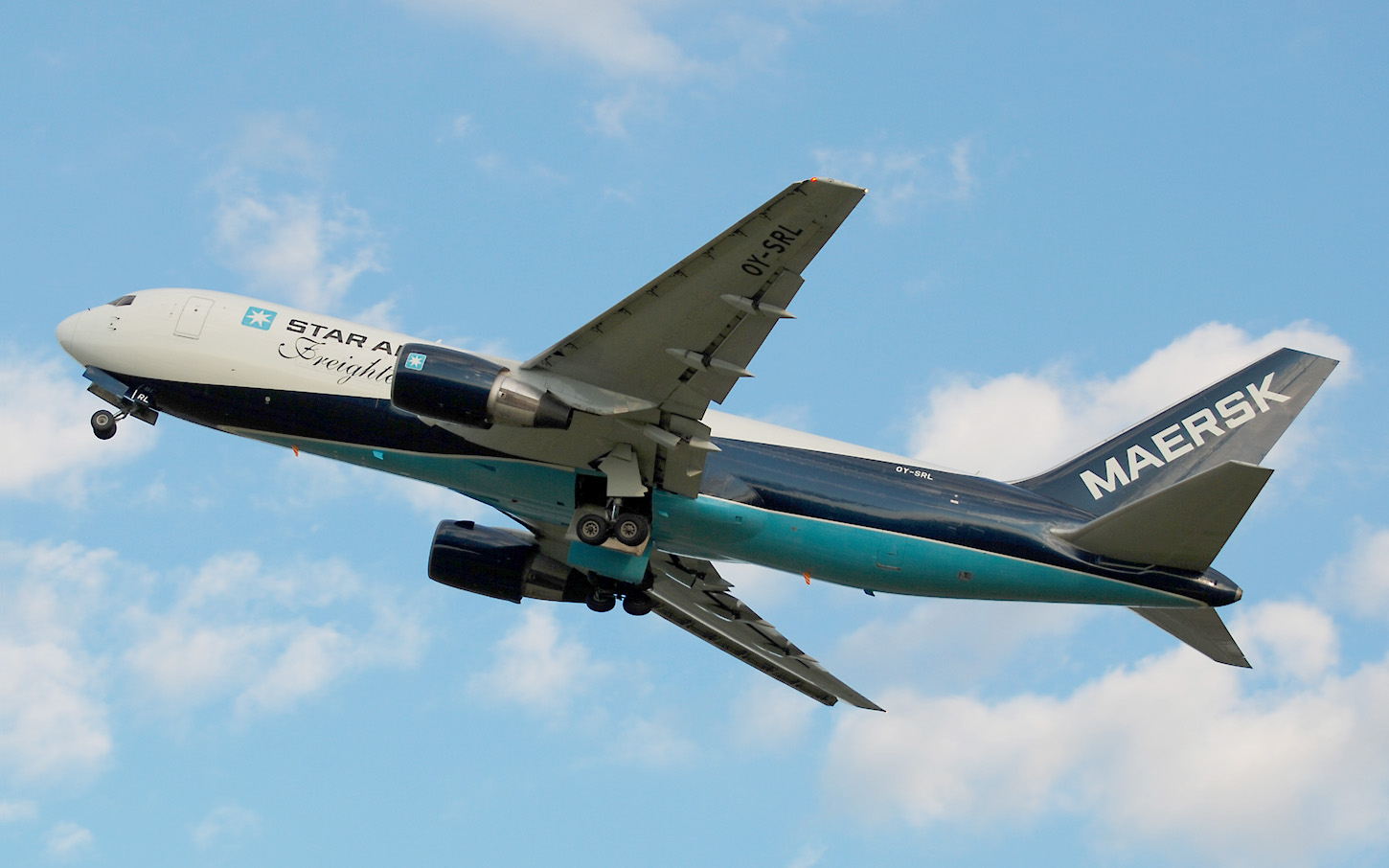 There are many other ways of reducing your Carbon foot print which are much more effective than avoiding Kenyan Green Beans, here are a few examples*:

The UK has a policy of trade not aid, when you read stories about the way that aid is sometimes spent irresponsibly or stolen this seems like a logical approach.  Countries like Kenya welcome trade and, unlike aid, the money paid for Green Beans goes directly to the farmer.  Once farmers take on an export licence they start to buy their own food from other farmers.  Taken positively this ensures that money trickles down the community; from a negative perspective farmers are forced to displace subsistence crops for cash crops.  Both arguments are valid, though the latter is mitigated by Fair Trade.

Another positive for development is that farmers are encouraged to find better ways of producing food from their land.  The exporting farmers share the techniques and skills developed to grow Green Beans with other farmers and use the same skills to improve farming for other crops.  Our demands for static, if not reducing, food prices produce the downside of development.  To reduce transaction costs some Western buyers of food promote the development of ‘Industrial Estate’ farming, this disengages small farmers from the market (and increases Carbon).

The UK uses 189 million litres of African Water to get its out of season vegetables.  Given the impact of lack of water and poor sanitation has on people in all developing nations, it would seem that a good way to balance our use of their water would be to support one of the many charities that are seeking to make sure that everyone in the world has access to clean water – for example WaterAid or Toilet Twinning

Irrigation – the primary use of water in agriculture
Via WikiMedia Commons, public domain

In Mavis’ question she asked if land was being given over to cash crops that should be used for sustainable farming.  Cash crops are those grown only for sale and in many developing countries the allure of cash crops has resulted in subsistence farmers relying on the income.  When the income fails people can lose their land and could starve.  At the same time cash crops are necessary to buy goods, services (eg health care) and education.  Fair Trade was founded to counter balance the potential for harm that comes from cash crops – in the words of the Fair Trade Foundation (UK).

“Fairtrade is about better prices, decent working conditions, local sustainability, and fair terms of trade for farmers and workers in the developing world. By requiring companies to pay sustainable prices (which must never fall lower than the market price), Fairtrade addresses the injustices of conventional trade, which traditionally discriminates against the poorest, weakest producers. It enables them to improve their position and have more control over their lives.”

Malawian farmers can be seen here talking about the impact of Fair Trade on their lives and communities.

While Fair Trade doesn’t impact the carbon effects of flying food from Africa, it does make sure that the positive benefits of trade are genuinely delivered, including environmental benefits.  It is worth noting that many farmers involved in Fair Trade comment on the improved availability of water and sanitation.

Convert energy units into kilowatt hours so that you can use the ca...

Pictures from WikiMedia Commons and morgueFile

By the way, this is what the Fair Trade foundation says about local vs Fair Trade

“Some people say ‘buy local’ rather than ‘buy Fairtrade’. What is the Fairtrade Foundation’s response?

The Fairtrade Foundation recognises that many farmers in the UK face similar issues to farmers elsewhere, not least ensuring that they get a decent return for upholding decent social and environmental standards in their production. We therefore support the promotion of sustainable production for UK farmers but our specific role will continue to be supporting farmers from the developing world.

Fairtrade isn’t in competition with UK farmers and the purchase of locally produced and Fairtrade products are not necessarily mutually exclusive. Fairtrade focuses by and large on tropical agricultural products such as coffee and bananas that can’t be grown in temperate climates or products that can’t be grown in sufficient quantities in the EU e.g. grapes and oranges. For some items such as honey and flowers, local supply is not able to meet the total demand – it has been estimated that both UK flowers and honey account for less than one-third of the UK market – and so imports are necessary to keep up with consumers’ shopping preferences. Other products, such as apples, are seasonal in both the UK and places like South Africa, and for as long as shoppers want to buy apples out of season, there is a demand for fruit from other countries. Often the choice facing shoppers is not necessarily between local honey and Fairtrade certified honey but between Fairtrade honey and conventional honey imported from, say, the US or China. It is up to each person to weigh up these choices and shop accordingly.

Ultimately, it is up to each person to do what they see as being in the interests of people and the planet. What is important is that we all try to make informed choices wherever possible. The Fairtrade Foundation is committed to raising awareness of ways in which buying products carrying the FAIRTRADE Mark is empowering and strengthening the future for disadvantaged producers in developing countries.”