RELATED TO ST. FRANCIS OF ASSISSI 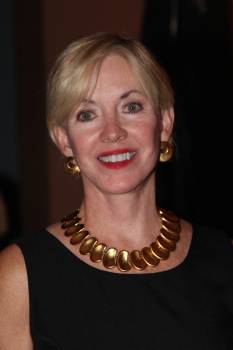 RELATED TO ST. FRANCIS OF ASSISI?

It is true that I am a relative of Thomas Jefferson which causes a great deal of pride but lately, I have been considering the possibility that I may have another relation of more ancient descent and more holy.  This thought is not something which occurred to me suddenly.  Considering the events over the past twenty-five years, the randomness of this assumption is most unlikely.  Yes, there is indeed something very strange at play here.  Is it an aura which surrounds me?  Could it be my voice, which is a real contender in my considerations?  Maybe my scent?  What would cause a group of normal birds to behave so unseemly?  Perhaps that is the key.  Could the birds all suffer from some sort of mental instability?  Forgive the pun but maybe the birds in question were all bird brains?  Who knows but it is a unique story.

My tale begins over twenty-five years ago when a friend asked me to join her for a day of sunbathing on the lovely local beach at Wrightsville Beach, North Carolina.  A Carolina blue sky greeted us.  Looking up at the sky, I was content to watch the wispy thin layers of white smoky clouds move endlessly past.  The warm sun was so relaxing that it was impossible not to dose carelessly on such a day.  As I began to turn over so that sunburn may be avoided, I noticed him.  Standing only about a yard away, a simple seagull was watching me.  Harmless enough, I gave it no thought.  After a while, I again raised myself from my incoherent state of sun intoxication to note that what appeared to be the same gull was standing in nearly the same spot; still watching me.  This was a little strange but when my friend pointed out the gull’s strange stance and gaze, I agreed that it was more than weird.

“Look at him, he looks like he is in love with you.  What did you do to him?”  My friend was one of those less than jovial sorts who was very suspicious of even the best of her friends.  When I explained that all I had done was enjoy the incredibly perfect day, she groaned loudly.  She thought that every man was a victim of some sort of spell which she believed that I cast. That was an interesting suggestion but this was not a man but a small bird.  I ignored her comments once again.  Yet, I began to watch the bird watch me.  He inched his way closer to me.  This was beginning to feel uncomfortable.  Was he about to attack me?  My negative minded friend remarked that he may be rabid.  This did not soothe my feelings of despair as others began commenting on the strangeness of the poor bird.  Another lady pointed out that the bird was looking at me with looks of love.  Quiet laughter was stirring around me.  The bird was so close that now he was resting near my foot.  He was passive so any fears abated for the time.  Still, he moved nearer.  Things continued well enough after that.  However, I was afraid to move my foot for fear that I may upset my new friend.  When a passerby moved a little closer than my protector felt was appropriate, he spread his feathers and charged him.  Laughter erupted as everyone agreed that the bird was in love with none other than yours truly.  My friend announced that she was embarrassed.  She thought that we should quietly leave.  Actually enjoying my notoriety, I looked at the bird as I softly commented that I was not dating anyone at the time and he was a very handsome bird.  He would make a lovely dinner companion.

Marching away, my friend replied, “You always take things too far.  The bird is sick.”  After that, I have no recollection except that I felt sorry for the poor guy.  Mumbling only to him as I packed up for the day, “I’m really sorry if I did anything to encourage you.  I haven’t meant to hurt you.”  Sadly, he flew away.

Fast forward about eight years.  My husband and I are enjoying cappuccino in Venice.  St. Mark’s square is not so busy; it is an off tourist season time.  As we enjoy the rare moments of quiet; I spy a lone pigeon yards across the square.  I notice that he seems to be looking at me.  Repeating the funny story of the seagull to my husband, we watch with disbelief as the pigeon walks very unsteadily towards me.  Something is obviously wrong.  He looks bloated.

“He is not well.”  I proclaim this to my beloved who sadly nods.  Closer the ill feathered friend moves until he is near my foot.  Feeling a little overwhelmed and perhaps slightly freaky, I change the subject; hoping to make my husband forget my earlier story.  When I feel my new friend collapse on my foot, I know that I could not ignore that the bird had chosen me to die beside.  This act raises questions in my mind such as is there some strange connection between me and nature?  When I embarrassedly reveal my secret, my husband whisks me away.  He also fears for my safety from others if they know my strange powers.  I have always regretted leaving yet another victim.  Surely, we should have given him a proper burial.

Years later, we are now living in Florida.  A place which displays endless sunsets of pastel crayoned colored skies.  Wildness such as one never images in the hustle and bustle of Florida are ours each day.  Bald eagles are a common site.  We have a family of the king of birds living near our home.  Frequently they stir our hearts by their flight of strength and majesty.  We watch the heavens for their sightings.  One of the eagles is goliath.  His large white head and tail are wide and strong.  He soars over our home; our days are richer because of his protective flights.  Any snakes that would harm us are in danger.  We name him Sampson; a worthy name.

So it was that innocently I would call to him, “Good morning, Sampson.”  At first, nothing happened.  Quickly his act of avoidance seemed to turn to one of curiosity.  He began to fly over the house a little more frequently.  Waiting on the balcony for his majestic appearance, I would call to him.  Soon he would land in the tree near our house.  For a very long time, he would sit and watch me.  One day as I talked with my son on the mobile phone, I explained that I was in the garden talking with Sampson, my eagle.  My appalled son begged me to stop my liaison with “a predator.”  He seemed to believe that I may be putting myself in harm’s way.  Since I love and respect my son, another victim was left in my wake.  Poor Sampson still flies overhead but he ignores my calls.  He knows that I am fickle and no longer trusts me.  Just as well; my neighbor has mentioned my bizarre behavior of talking to the clouds.  Now I talk with God often in my garden so I ignore his looks of worry.

The final episode in my list of quirky bird lore is the one that is now playing out each day.  This little Yellow Bellied Sap Sucker is driving me insane.  It started innocently enough.  Since I frequently study my Florida bird book with matching binoculars, I am aware of his fate.  He is an endangered species in our fair state.  He is almost as handsome as my warrior, Sampson.  This red headed specimen once lived in a dead pine tree months earlier.  I watched him frequently from my perch in the window.  Often I would see him in the tree in front by the garden.  One day, I made the mistake of calling to him.  I am a slow learner.  The next thing that I knew, he was pecking on our house.  The incessant pecking of this bird on hardy board seems absurd.  After all, we are speaking of a reinforced wood.  If he is looking for insects, they are not there.  His next move to my bedroom window seemed more thoughtful although my afternoon naps are constantly disturbed by his pecks of whatever it is he is pecking about. My retirement is not as blissful thanks to my newest amour. When I sit in the swing on the front balcony, he sits in the tree and stares at me.  It seems that he is talking to me.  My husband asks me to please not encourage another suitor of the feather species.  I laugh but am becoming concerned.  Then the bird dive bombs my husband’s head.  We no longer enjoy our swing.  It has become a place of territorial rivalry.  My husband wins, of course, but I never should have put him in this position.  Daily, my red headed friend pecks.  At night, I can hear him as he protects my bedroom in his tree by my window.  The only peace which I seem to obtain is when my husband yells angrily at him.  This causes him to fly away but he always returns.

My deduction is that St. Francis must have suffered the same sort of admiration and love from his many friends. Did he also suffer from concern at their strange behaviors?   If I am related to yet another great person, I am thrilled. My hope is that perhaps these are small miracles that God has given me because he allows these creatures to see something special.  Maybe I have a similar quality such as kindness that only one who sees the heart can understand.  I hope this is true.

Some of Linda’s other works: Beaufort Betrayal, Rosemary Beach, Will He? Dusty the Island Dog, and Till Heaven Then Forever.  Her books are for sale all over the world.