Requem For a Beautiful Lady 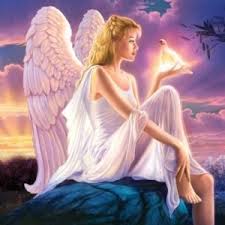 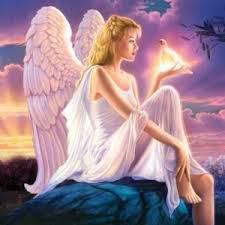 
The fish smell came to her on the breeze but it was filtered by the ocean waters that slapped against the wharf pilings and made for a joyful smile upon her face.


“Oh, Daddy, I’ve missed our lunches and our wharf walks.” She hugged her father and kissed him on the cheek.


Having just left the restaurant they stood now at the pier railing looking out across the waters at pelicans cawing and flitting from morsel to morsel along the wharf. The sky was a soft blue and sea gulls floated effortlessly above a distant spit of land.


“I’ve missed you, too, my golden-haired princess.” He was still a relatively young father, still handsome without the mid-life paunch and burdensome weight. He looked into the soft blue eyes of his daughter, squeezed her shoulder while milliseconds rapidly retraced in his mind the lovely vignettes of memory.


She was twenty-three now and a most beautiful young woman. Her blond hair tossed about in the wind and her marvelous blue eyes twinkled like tiny stars of wonder.


It was their day together. She was just home from a trip abroad. Mom was at home. Brother was at work. Her fiancé was on a business trip. This was their time together to update their days apart.


She told him about her fiancé’s rental car breaking down on the outskirts of a cobble-stoned city in southern France called Perpignan. She laughed time and again as she tried to pronounce the name of the city. “’Purr-peen-yong’ is the best I can do, Dad, but the car problem was minor and it turned our trip into a delightful fairy tale. We met young people our ages in restaurants and cafés all over France and Spain. Some spoke English. Most did not but it didn’t matter – we laughed and had fun making it into a sort-of ‘Charades’ game.”


So they walked and talked, stopping occasionally to pause and view the boats and landmarks.


It was during one of their stops when the daughter gave a whimper, “Oh, Daddy!” and collapsed in his arms. The shocked father tenderly lowered her to the ground. “What is it, sweetheart? What’s wrong?” He was bewildered as people began to gather. Her eyes were closed, and he felt for a pulse. There was none. His confusion now turned to tears of agony, and he saw the blood coming from her body.


This tragedy, this heartbreaking homicide was covered in the media. A great furor came from the crime, and a case was pled by many to do away with sanctuary cities in the United States. Another case pled for a law that would automatically imprison an illegal alien for five years if it was found he/she was illegally in the US and committed a serious crime.


Finally, many believed that,we have a feckless and inept federal government and that this was the year for accountability with a general election coming in November. Many said that our free market system, our freedom and our liberty were being eroded by the liberal progressives. Many more people said that the face of our country was now near unrecognizable, and that it was crucial ‘we the people’ took back our nation by electing only people who pledged and swore under penalty of dismissal to follow the law of the land and follow no action or precept that was not to the benefit of the electorate.


My 13 books of mystery, suspense, thriller, crime, romance, memoir, fiction, and non-fiction are presented on my website at goo.gl/nWMXm3