Requiem for the Thousandth Man 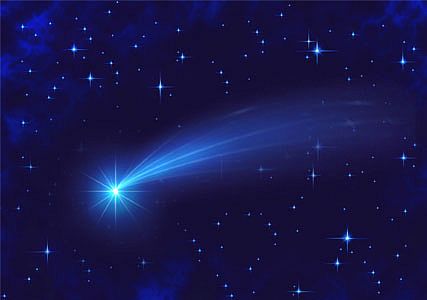 One man in a thousand, Solomon says,

Will stick more close than a brother.

And it's worth while seeking him half your days

If you find him before the other.

Nine hundred and ninety-nine depend

On what the world sees in you,

But the Thousandth man will stand your friend

With the whole round world agin you.

Rudyard Kipling must have been speaking about people like my dear friend Barry. Kipling would have wanted Barry for a friend, no doubt about it. Barry was with me during some of the darkest days of my life. In the 40 years I knew him, I cannot once remember him complaining about the quick thrusts with a knife that life sunk into him. I don’t remember him assigning blame to anyone when his car was vandalized and set on fire. The same car he had saved for with his meager earnings for five years. Nor did he complain when the insurance company gave him only half what the car was worth in settlement. You see, Barry was one of those types of people you could easily run over and he wouldn’t complain. He just wasn’t the type of person who was confrontational. Was he a coward? No, I don’t see him that way. Nor should you. Barry was just a humble, gentle soul who never wanted any trouble. But, trouble always found him, no mater how much he tried to avoid it. He went through hell on this earth due to people seeing him as being “weak.” It wasn’t that Barry was “weak”. It wasn’t that Barry was of low character. It was just he basically had little or no confidence in himself for a variety of reasons.

Every time I ever saw Barry, he was always either broke or living day to day on whatever money he happened to earn at whatever odd job he worked at that day. He refused to take any money from me. That would infuriate me more than I could say. I could never get Barry to further his education when we were younger. It wasn’t that he was a poor student. Barry made better grades than I did in school. I remember how envious I was of him because he would make straight A’s with little or no study. I had to hit the books three or four hours a night just to get a B, if I was lucky. No, it had nothing to do with intelligence. It had to do, once again, with confidence. He totally lacked it. I told him this to his face many times and he agreed. I tried to get him to get counseling. But, I knew he would never acquiesce to this idea. He would have to face up to his failings in life. That is something my old friend could never do. I loved him like a brother. But, he made me so damn angry sometimes by his refusal to get help. And he needed help. God he needed help on so many levels. You see, confidence wasn’t Barry’s only problem. Alcohol and drugs were also a menace to him throughout his life.

I felt responsible for some of Barry’s problems. I talked Barry into joining the U.S. Navy with me back in May of 1970. We went on the “buddy plan” together. This meant we would both go to boot camp together and would be in the same company for training. Barry’s mother told him this was a mistake and that he should just go to college. In retrospect, Barry’s mother was right about that one. She knew what Barry was all about. I thought the only chance Barry had to grow and prosper as a fully functioning adult would be to get completely away from her. I was wrong and I have regretted it for many years. Barry didn’t last four weeks in the twelve week boot camp back in those days. He just couldn’t do all the basics expected of him. To be brutally honest, Barry couldn’t do anything right in boot camp. I tried to help him. But, I couldn’t do everything for him. He was chewed out over and over by his squad leader. Damn it, it wasn’t his fault and I tried to explain that to my company commander. I practically begged him to give Barry more time. But, he would not. Barry was given a medical discharge and sent home. He was devastated. And so was I.

Barry could have blamed me for pushing him into something he knew he wasn’t able to do. But, he never uttered a word about it to me. Even after I came home from ‘Nam, Barry was among the first to greet me and shake my hand. He told me how proud he was of me. But, I wasn’t proud of myself. I still am not. Barry always seemed to want to push me to the forefront of attention and make self-depreciating jokes about himself. That always made me uncomfortable. Barry was just always so down on himself. I could not reach him to drag him back up. He just preferred to always be in the background.

There wasn’t anything Barry would not do for you. I don’t mean just friends. I mean from the homeless man in the street to a bank president. Barry didn’t have a mean bone in his body. He never thought about himself. Barry always was thinking about others. In fact, the only time I saw him actually get angry, I mean sure fire bonifide angry was when I told him I slept a couple of nights in my truck after my divorce. He got mad at me for not letting him know I needed a place (although I had family begging me to stay with them). I just looked at him in shock…and smiled. Poor guy, he didn’t have much of anything. It was like that his entire life. But, he had a kind heart and gentle soul about him that few could ever match. And that proved to be his undoing in the world so many times. People would take advantage of his trusting nature. Barry always wanted to believe there was good in everybody. I am completely different.

I remarked to him sometimes how did we ever become friends being so different? Barry would always say, “Because you need Kiplings Thousandth Man.” I didn’t know what he meant the first time he said that to me. Hell, the first time he said it to me; I didn’t even know who Rudyard Kipling was. But, as the years rolled by and Barry was always there for me, I understood. I understood what it meant when it didn’t look like I was going to make it from a collapsed lung and internal bleeding from several broken ribs I suffered in an auto accident. In fact, the doctor told my family it didn’t look good for me. Barry immediately left that scene and came to my bedside ignoring the nurse that said he couldn’t be in there. Barry told her, “I’m his Thousandth Man. I have to be here.” She didn’t know what he meant. But, Kipling would have. Kipling would have understood. I already miss my old friend. I’m reminded of a line from “Shawshank Redemption” when Red said, “Still, the place you live in is that much more drab and empty that they're gone. I guess I just miss my friend.” I do too, Red, I do too.

We buried that kind, gentle soul today. It’s hard to believe that someone can be alive and then be buried just two days later. But, it has happened. I’m still in shock over it. I knew he had heart trouble. But, he told me himself just last week he was doing well and was starting back on his treadmill. I found out today he just told me that so I wouldn’t worry about him. That was so “Barry-like.” This loss…it seems to go through the heart and just penetrate your soul. It feels like when your leg goes to sleep and you stand up to get the blood circulating. Those little needle pricks you feel, in that situation, is what I feel in my heart of hearts today. I have seen too many friends and family die over the years. But, the loss of Barry hurts just as much or more. He was more than a friend. He was more than a brother. He was more than that big friendly guy who was always willing to help you and want nothing in return. He was more than that gentle soul that people would continually hurt. He was much more than all these things. I know now what he was and always has been. He is exactly what he claimed to be. Barry was the Thousandth Man.

His wrong's your wrong, and his right's your right,

In season or out of season.

Stand up and back it in all men's sight --

With that for your only reason!

The shame or mocking or laughter,

But the Thousandth Man will stand by your side

To the gallows-foot -- and after.