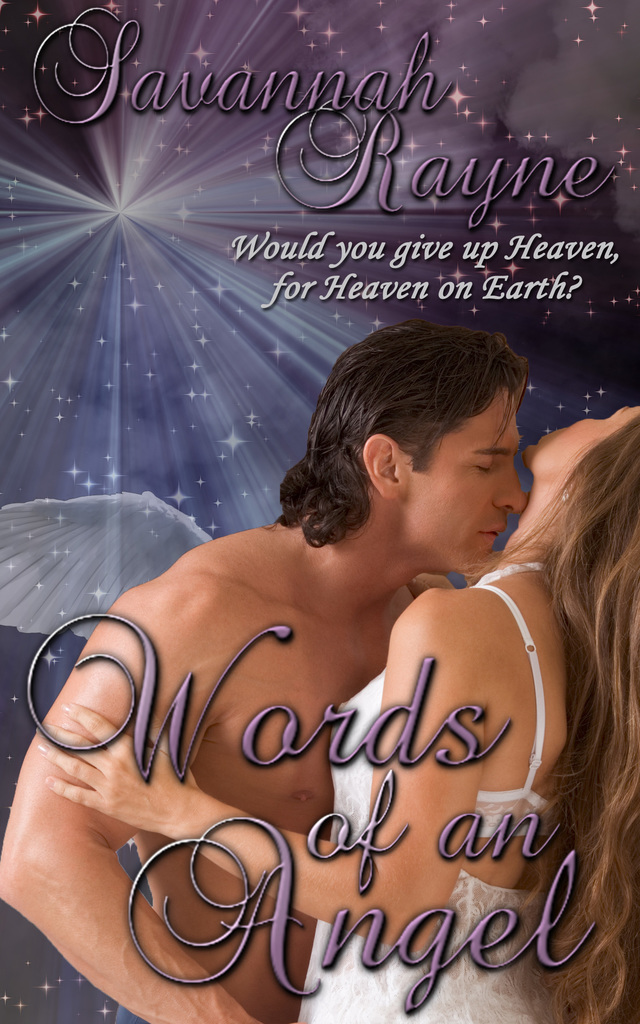 After losing her job at the local newspaper, Rayanne Bradley finally had the time to reach for one of her dreams—writing a book. What should have been an easy task end’s up getting off to a slow start, until the day her muse shows up. Now, whenever the masculine scent of musk mysteriously fills the air, her thoughts flow freely as she types them into what will become her book. As the manuscript unfolds, the mystery deepens and becomes entangled with coincidences. Could this be real? Had she met the long haired, sexy, man of her dreams? Could she believe and trust the words of an angel?

“Rayanne, I really want to thank you for this evening. I haven’t had such a wonderful night since I moved here,” he said after the waitress left their table.

“I have to agree with you, I’ve really enjoyed myself tonight.” She took another sip from her glass, then placed it back on the table. She was totally surprised when Caliban reached for her hand once it was free from holding the steam-ware. Shivers shot through her as she felt the warmth of his fingers on top of hers, his thumb lightly caressing the crease of her palm.

“There’s just one more thing I want to do before we call it a night,” he said with his deep, masculine voice.

Rayanne tilted her head to the side and looked at him quizzically. “And what would that be, Mr. Tempest?” She watched as he rose from his seat and stood at the side of the table, never letting go of her hand.

“I want to dance with you. Please, would you do me the honor?”

Rayanne couldn’t help but softly chuckle. “Are you serious? Here…now?” She’d never seen anyone ever get up and dance in the restaurant any of the times she’d been there. It just wasn’t that kind of place.

“I’m very serious,” he replied as he lifted her hand, gently tugging, persuading her to her feet. Still holding on to her hand, not giving her a chance to say no, he guided her a few feet away from their table where there was a small clearing. He turned and winked at her, pulling her closer into his embrace so they could dance.

Rayanne didn’t protest. She looked around and saw that the restaurant was practically empty, but saw that the few remaining customers and staff were all now watching them. She could only assume that they had to be thinking they were crazy. She looked up at her partner feeling slightly embarrassed, but the uneasy feeling was quickly replaced as her attention was drawn to the wonderful feeling of Caliban’s warm hand on her lower back as he moved her to the music’s beat.

“I think we’re being watched,” he chuckled, trying to get her to relax when he felt the tension in her body.

“Just pretend no one else is in the room except for you and me,” he spoke softly. He let go of her right hand and smoothly wrapped his arms around her waist pulling her just a little closer. He could feel the tension ease from her body as she relaxed and wrapped her arms around his neck. He looked down at her then murmured, “Trust me.”

Rayanne looked up into his dark eyes.  She did trust him that much was certain. With his arms wrapped around her she felt safe; that he wouldn’t let anything or anyone hurt her. Without saying a word she inched closer, until their bodies were completely touching as they swayed to the melody. Her left cheek rested on his shoulder, his long dark hair mixing with her own. She closed her eyes and breathed in his sensual, manly scent as the fingers of her right hand involuntarily began to rub his neck at the hair line. The corners of her mouth lifted when she heard the faintest gasp emanate from him. Then she felt his fingers move in a gentle, circular motion on her lower back, rousing an aching need at the very core of her womanhood, a feeling she hadn’t felt in a very long time.

“Mmmm, no it isn’t,” Rayanne sighed. She was lost in the moment and no longer cared what anyone thought of them. The wonderful feelings at that instant far outweighed any criticism from on looking strangers. She turned her head, nuzzling her forehead into his neck. She felt his hold on her tighten slightly, as he brought his cheek down to touch hers. A gesture so normal, yet felt as if she was experiencing the intimacy of dancing for the very first time. She could feel his warm breath brush against her face each time he exhaled, stirring the need—and want, to experience more of his touch.